I can't wait any longer until my camera back, so this week instead using my real camera, I'm using my keychain camera (which is a real camera too).  Sorry for the delay and sorry for the blurry pictures.


so this week is for the letter E.
E for Entok. 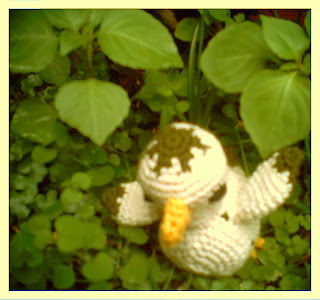 cute? don't be fooled!
Entok is umm... I don't know what its name in English, it's not a duck, duck has long neck, while this thing has short neck and bigger body. And it taste better than duck! and note this: Entok is fierce creature. Don't look straight to its eyes, it will hunt you! 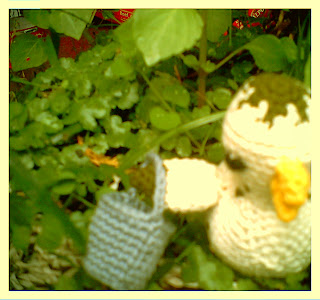 Entok & Ember (Bucket)
as I said on the last post, the clue is eternal enemy.
Entok is my Eternal Enemy.
no, I'm not exaggerating.  I'm actually the victim here.
My dad once had an entok in the backyard.
My dad keep it so one day we could eat the Entok (but never did, we "love" it alive) but...
Entok hated me very much.
Entok was really like undead in zombie movies.
Entok will hunt you, chasing you no matter what you do.
it's like a zombie scene, where you threw an axe on its head an it didn't stop chasing you.
I threw a metal bucket on it, and it still ran after me. 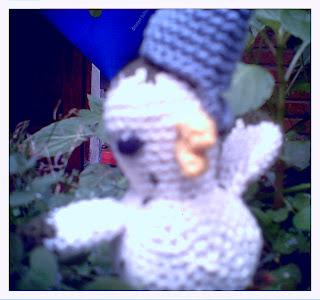 "Braiiiiinnssss!!!!"
I was really scare of entok that I sometimes had a nightmare of Entok chasing me.
but i was really sad when Entok dead (really I didn't kill it, no matter how it hated me).

behind the scene:
My dog, Kupir, get jealous when I was taking picture of Entok.
He didn't come when I called him, but when I was taking something inside the house,
he started to bark like he was angry at something, and I found Entok laying helplessly at the ground. 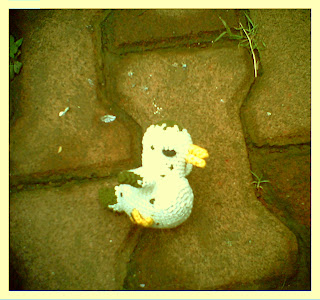 and Kupir refuse to take a picture of him together with Entok :)

PS: will update the cover picture once my real camera returned, you'll see it "beautiful" eyes
Posted by zuperdzigh at 10:04 PM