I haven't did a crochet/ knitting project for too long.  I wanted to make an amigurumi but to refreshed my crochet skill, I'd like to try a more simple  project.

like trying some new crochet pattern.  So I browse my pinterest, looking at some pins I collected few months ago and found "larksfoot" pattern.
and I thought making an iPad case using this pattern could be an interesting project.
the plan was to make a case full of larksfoot pattern, but later I add a face. so it's an amigurumi iPad case. 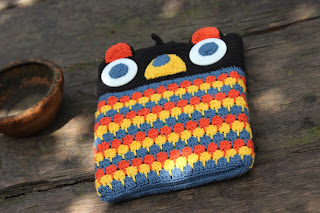 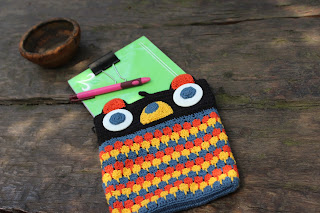 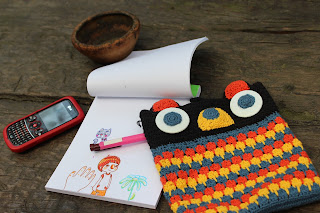 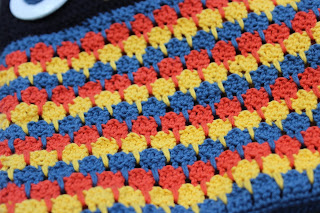 thanks, Lisa, for taking the pictures :p

Posted by zuperdzigh at 7:22 AM