The Niffler (from Fantastic Beasts). If you occasionally lost your key, maybe the Niffler took it because she likes shining things. Spent 36 hours of my weekend finishing this keychain. Swipe for more details and in progress pictures :) Unfortunately, I didn't write the pattern. #platypus #amigurumi #handknit #knitting #yarn #keychain #niffler
A post shared by zuperdzigh (@zuperdzigh) on May 14, 2017 at 6:30pm PDT


And here's the story about the project, probably the boring part :)

There is a giveaway challenge on facebook and I really want the needle.  The challenge is to make knitted keychain.  The rule says it has to be cute, but I want it to be crazy or playful.

SO I started making sketches: 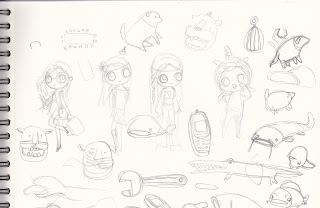 I need to consider my knitting skill, because unlike crocheted amigurumi, modifying the parts in knitted amigurumi is more difficult.
I thought of creating amigurumi based on meme, but there was no fun meme lately.
I also thought of making the celebgram into amigurumi version, but I don't like her nor inspired.
I did try to make a Cisewu tiger, but I unravel it because I can't do the color work.

SO plan B: making another design which is The Niffler. 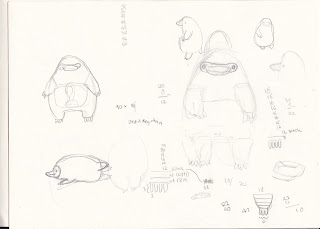 I focused on the keychain inside the pocket and thinking on how to make the pocket works, because The Niffler has a pocket, right? 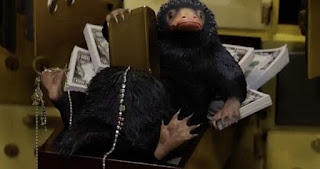 (The Niffler from Fantastic Beasts)

So what happened in 36 hours are knit-knit-knit.  I did sleep for few hours, take a shower (wow I'm proud of myself), lunch, dinner, etc.  But yeah, I almost never put down my needles, till my finger bleed.  Knitting is harmless, I hurt my finger when attaching the eyes with washer.

In the end of the day, I managed to finish the amigurumi at 11:30 PM, but the deadline is postponed until a week later.
What an anticlimax :D

But I think it's nice that I didn't know it was postponed, because I would have procrastinating.  I did knit in 36 hours before the "deadline" because I have cold for days.  If I knew the deadline is another week, maybe I would not be able to make anything because next week I have a lot of things to do, including playing Fire Emblem Echoes (they said, it would be released on May 19th)

Anyway, I wonder what's happened to my brain?  why all my latest amigurumis are birds?  Platypus is a mammal, but it looks like a duck right?